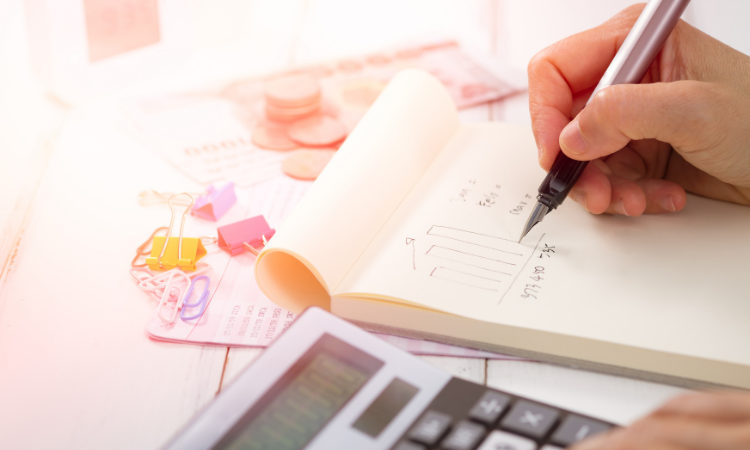 Can You Afford To Quit Your Job?

One of the biggest misconceptions that parents who want to quit their job make is in the financial preparations. If it takes at least a year to build a business from home, then logically that would mean you would need to save at least your full annual income to live off of in that year, right? WRONG.

No wonder so many people think it is impossible and remain STUCK in a less than desirable situation.

The good news is that you are NOT STUCK.

The bad news? There are still sacrifices to be made.

Before losing all hope, create a financial spreadsheet. Cut out all of the expenses that go along with working outside of the home, such as daycare expenses, house cleaning, commuting, etc. With your spouse’s income, you should only be in the negative $200-$500 a month. If you are higher than that, go back to the drawing board and see if you can’t cut something else out. Sacrifices will need to be made for a short time.

Once you have gotten your expenses down to no more than -$500, multiply THAT amount by 12 months.

Now isn’t that a more logical annual goal to save before you quit your job? $6,000 is much more attainable to have saved than $60,000, and should minimize the fear of jumping without that safety net.

Furthermore, this now gives you a new income goal as a first time business owner.

You have enough of a safety net for a year… and that is more than enough time to get your small business up and running. Remember, you don’t have to REPLACE your monthly income. The goal now is to earn $500/ month. Sure, it may take you a few months to get there, but when you do, you won’t have to dip into your safety net anymore… or if you have a down month, your safety net should still be there for you.

Don’t look now, but you are self-employed.

Before you know it, you’ll be thriving as a self-employed career parent. You may even get used to the less expensive way of life. Once business picks up, you’ll need to think about how to scale it up, hire some outsourcing support, or even scale it back for busier times of the year. You got this!

“So, are you on holiday then?”
It’s the question I fear most. I never know exactly how to answer and it usually comes at an awkward moment, such as when I’m trying to break up a fight between my kids or I’m having my haircut. If I’m really unlucky, I get asked it when I’m trying to break up a fight between my kids while I’m having a haircut. This is obviously worse – difficult explanations are made so much harder when having to hiss threats at a nine-year-old as someone waves scissors around my ears. Normally, though, the question is just well-meaning small talk at the supermarket from an acquaintance or a stranger, designed to make me feel better as I extract a small child from an disastrous encounter with a cereal display.
“Actually, this is me at work,” I mutter, tipping Cheerios out of my daughter’s pockets. “I’m a housedad.” 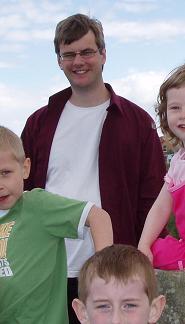 “Oh!?” The amiable grin on my inquisitor’s face dissolves and they take an involuntary step backwards. Surprise, disbelief, pity and fear fight for control of their wildly-jiggling eyebrows as they realise they’ve blundered into a whole different conversation from the one they were expecting. Then they pull themselves together and remember that it’s rude to stare. They try to think of something encouraging to say.
They usually fail and resort to asking, “Do you enjoy that then?”
I mean, where to begin? I get to watch my kids grow and learn. I have opportunities to play with them, teach them and delight in them that most dads can barely dream of. Do I enjoy being a housedad? Of course I do.
Then again, it can be tough going sometimes. I’ve had to watch Finding Nemo 537 times, for instance. Being a housedad is a daily parenting adventure but it’s also a job.
Back in the day, when I had three children under the age of five, I was constantly busy. There wasn’t time for anything much beyond looking after the kids and trying to stay sane. I regularly had to choose between sleep and time to myself. Getting enough of both was a perpetual juggling act.
The last couple of years have seen a steady improvement. Aside from the occasional nightmare, they all sleep through the night. They all know how to get dressed without assistance. Very rarely, they can even all entertain themselves at the same time and leave me in peace. It’s a crazy new world of wonder I’ve entered. Better than that, my youngest started school this year and I have several hours to myself every day.
Unfortunately, when well-meaning acquaintances learn this, they immediately ask, “Are you thinking of going back to work then?”
Er… Did I say every day? I meant every weekday when school is on and none of my kids are sick. That’s something quite different. At best, I have twenty-seven hours a week with which to pursue another vocation and that’s if I leave shopping and cleaning until the weekend, don’t stop for lunch and ignore any travel time. Most weeks it’s more like twenty hours. Many weeks it’s none.
This limits my career options.
Explaining is more trouble than it’s worth, though. Everyone assumes that, as a man, I must be leaping at the chance to get out of the house and win some bread. It’s only natural, after all. Personally, however, I’d rather have a lie down. I’m due several years’ worth of lunch hours as it is…
I counter by mentioning that I run a parenting website but, sadly, by this point, I’m already irredeemably marked out as ‘slightly odd’.
My interrogator’s eyes narrow. “Does that make any money?”
“That’s not really the point. I get to pass on what I’ve learnt, encourage other parents, build my self-esteem and share a few laughs.”
“So, that would be a ‘no’ then.”
“I do get free computer games.”
“Really?!”
For some reason, this always impresses people enough to cover my escape. I make my excuses and leave, mumbling something about having to find my children. Then I set off in the direction of the bickering, following a trail of little old ladies who’ve been barged into freezer units, their rubber-soled shoes waggling out from amongst the packets of frozen peas.
Sigh…
I wonder if mums who ‘only’ stay home and look after their kids face the same kind of thing?
Having all three at school has brought new possibilities. That said, they still need me around an awful lot for the time being. The website (DadsDinner.com) has been going well and is hopefully the beginning of a self-employed writing career but I’m not holding my breath. I’ve got plenty to keep myself occupied – not least with ten years of chores to catch up on. Realistically, my main task for this first year of freedom is to figure out what I’m doing in the second.
Got to start back into the world of paid employment somewhere, I suppose…
Running a successful business with children around is an impressive feat. Hats off to all of you who’re giving it a go.

Located in the UK, Edmund Farrow has been a housedad for nearly ten years and has three children, aged 9, 7 and 5. He vaguely remembers that he was once able to program computers. In 2007, however, he finally got fed up of being told how common housedads are these days by everyone he spoke to, despite the fact he was normally the only one they’d ever met. He decided to set up a website, DadsDinner.com, to share what being a primary carer with only one X chromosome is really like. Dadsdinner offers advice, encouragement and humour to parents, prospective parents and especially stay-at-home dads. It includes guidance on everything from potty training to surviving a zombie invasion, along with reviews of such housedad essentials as home delivery services and films with explosions. Don’t tell anyone, but mums enjoy DadsDinner, too. Sometimes it gives them scary ideas about getting their men more involved in childcare. (Well, scary for the men in question, anyway…)