My Son, The Comedian 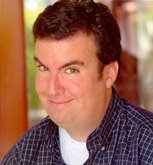 My 3 year old is hysterical. Seriously. I’m not talking about the little “oh isn’t that cute” type of laughs that an infant elicits. Nor am I talking about the courtesy laughs you give to a joke told at a cocktail party or by the elderly…or your in-laws. No, I mean every day my 3 year old son says or does something that brings a genuine belly laugh out of me. I always thought I was a big shot because I wrote and performed a one man show a few years back. That’s nothing! My kid performs a one man show every night whether it’s on our living room floor or in the bathtub. And it’s all improv. You should see what he can do with a few finger puppets and plastic dolphins. He’s named every one of his toys and not your every day run of the mill names either. He calls his rubber shark, “Rusty”. Who names a shark Rusty? Brilliant! I’m dying over here! He’s tells funnier stories than Bill Cosby, he’s a better prop comic than Carrot Top and can make a bigger mess than Gallagher. He also works blue at times. His bathroom humor would make Howard Stern blush. I’m not all that fond of his potty mouth, but I understand that he has to work in front of all kinds of audiences. I don’t know, I guess some kids at day care go for that sort of stuff. And unlike every comedian who is just starting out, he never bombs. He goes out there and kills every night.

Is he funnier than your kid? Of course he is. To me. You wouldn’t find him funny though. Just like your kid is hilarious to you, but I probably wouldn’t get it. His or her musings and observations would be lost on me while you would be rolling on the floor laughing. Why? It’s all in the material. You’ve heard the question, “Where do they get this stuff?” The answer? Us, of course. Our kids are little Dictaphones. They just spew back to us what they hear. Good and bad. Their brilliance is spewing it back to us when we least expect it. Last weekend my toddler came in to our bedroom at 7AM looked at me in bed and said with extreme disgust and contempt, “Daddy, are you asleep? Oh, I don’t believe it” Not funny right? WRONG! It’s comedy gold. Tonight he looked at me and the trash bag in my hand and innocently said, “Oh! What have you got there?” SEE? That’s funny! It’s not just what he says, but the commitment behind it. I have no idea when I, my wife, or anyone else said those words, but we must have at some point. The fact that he chose these random moments to say them back to us just shows his penchant for comic timing. And he’s not the only funny preschooler in the family. My 4 year old niece makes me howl too. And the two of them together? Abbott and Costello only WISH they were that funny. I’m also excited because my 2 month old just learned to smile. I’m sure he’s starting to mentally jot some notes down that will soon turn into some real A material.

I’m writing this down here in this forum because it’s the kind of thing that only parents can understand. We are all dying to brag or joke about every single thing our kids say and do. We have to show some restraint though. Our friends who are single and married without kids would give us a smile or a courtesy laugh (see above), but they just don’t get it. Our friends with kids would genuinely laugh, but they would be thinking, “My kid said something much more cute and funny the other day”. Don’t believe me? When you update your Facebook status with an anecdote about your child, the only comments you get are from parents who will say. “That’s funny. It reminds me of the time my little Brittney said…”

Now if you’re like me and you have a toddler, enjoy these comedy sets because they will not last. As my kid grows he will always be funny, but he’ll be a different kind of funny. The innocence and complete lack of insecurity is what makes this stage of life so magical and uproarious. So do yourself a favor before it’s too late. Turn off the TV and take time to watch the show that your kid is performing right in front of you. I guarantee it’s better than any reality show or sitcom (except for the fine programming on ABC). And at times they’ll need a straight man so make sure you can keep up.

Chris is an actor/writer living in Los Angeles. He’s performed in movies, TV and on stage with the Groundlings Improvisation troupe, and the award winning Circle X Theatre Company. He recently performed his self penned critically acclaimed one man show “You’re From Philly, Charlie Brown” in several cities across the US. Chris currently works as an Associate Writer/Producer for ABC On-Air Promos for Reality and Comedy. He lives north of Los Angeles, in Santa Clarita, with his wife and two children.

Chris began writing his experiences as a new father upon the launch of Our Milk Money, calling his work, appropriately, The Daddys Den. Chris is no stranger to comedy composition. He wrote and performed his one-man show You’re from Philly, Charlie Brown, having successful runs at Circle X Theatre, The Lonny Chapman Repertory Theatre and The Comedy Central Workspace in Hollywood, California as well the Philadelphia Fringe Festival. Chris has performed all over the country in theatrical productions, television and film. He is an alumni of The Circle X Theatre Company and The Groundlings Sunday Company. Currently, he is a senior writer/producer in Entertainment Marketing at ABC Television. Chris lives in Stevenson Ranch, California with his wife Ally and his two beautiful sons, Braden and Henry.