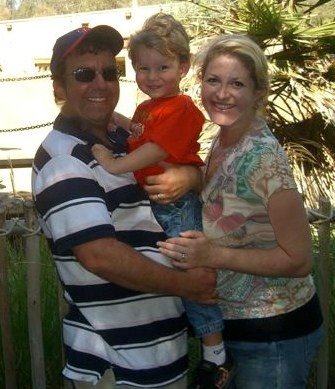 How I Knew Not to Take My Four Year Old to see Coraline.

Written by Guest Blogger, Chris Mancini
I read the book a few years ago. I knew what it was about. I knew the director Henry Selick has a dark streak and directed Tim Burton’s The Nightmare Before Christmas. To be honest, I couldn’t wait for this movie to come out. When my four year old daughter Bella saw the trailer she wanted to see the movie. I told her no, it would be too scary.
Now, you would have no idea of that from the trailer. It shows happy scenes and a little bit of danger. Standard kid fare, right? Not even close. Coraline is an animated gothic horror nightmare for children. In 3D. And it’s well, great. But I’m not going to let my daughter see it for at least a few more years. But at the time of the trailer I hadn’t even seen it myself yet, so how did I know? Because I knew the source material and I knew who the people involved were who made the movie, and I noticed the PG rating, although after seeing it, it was really a borderline PG-13.
The book was terrifying. Especially if you’re a parent. It’s about a little girl who disappears through a small door in their new home and meets her “other” mother and father who are much nicer to her, at first. The problem is they have dead black buttons for eyes. The creepiness is lightened slightly for the movie, but not much, that’s for sure. And to be truly effective, it shouldn’t have been. I was very impressed. But as a parent, it doesn’t help you how good a movie is if it’s inappropriate for your children. Your kid may like video games and enjoy Mario Kart but you don’t want them going to Vegas and playing video poker, do you? Technically, still a video game.
As usual, trailer editors and marketing departments have no idea what the content is that they’re trying to sell. So it’s up to us parents to not only filter content but to now also adjust for big studio incompetence as well. As if we didn’t have enough to do.
So know your books, know your shows and know your movies. And look, if you get stuck or miss something, just as me or any other parent who always seems to be talking about Aqua Teen Hunger Force or Battlestar Galactica. Trust me, we’ll know.
Coraline is an absolutely fantastic movie and I can’t recommend it enough. It will soon be a classic up there with the Nightmare Before Christmas. See it in 3D for the full effect. Just don’t take your little kids. Seriously. Don’t. Get a babysitter and leave them home with Wall-E.
Chris Mancini is a comedian and author. His first book “Pacify Me: A Handbook for the Freaked-Out New Dad” will be out June 2, just in time for Father’s day.http://www.daddyneedssomealonetime.blogspot.com/